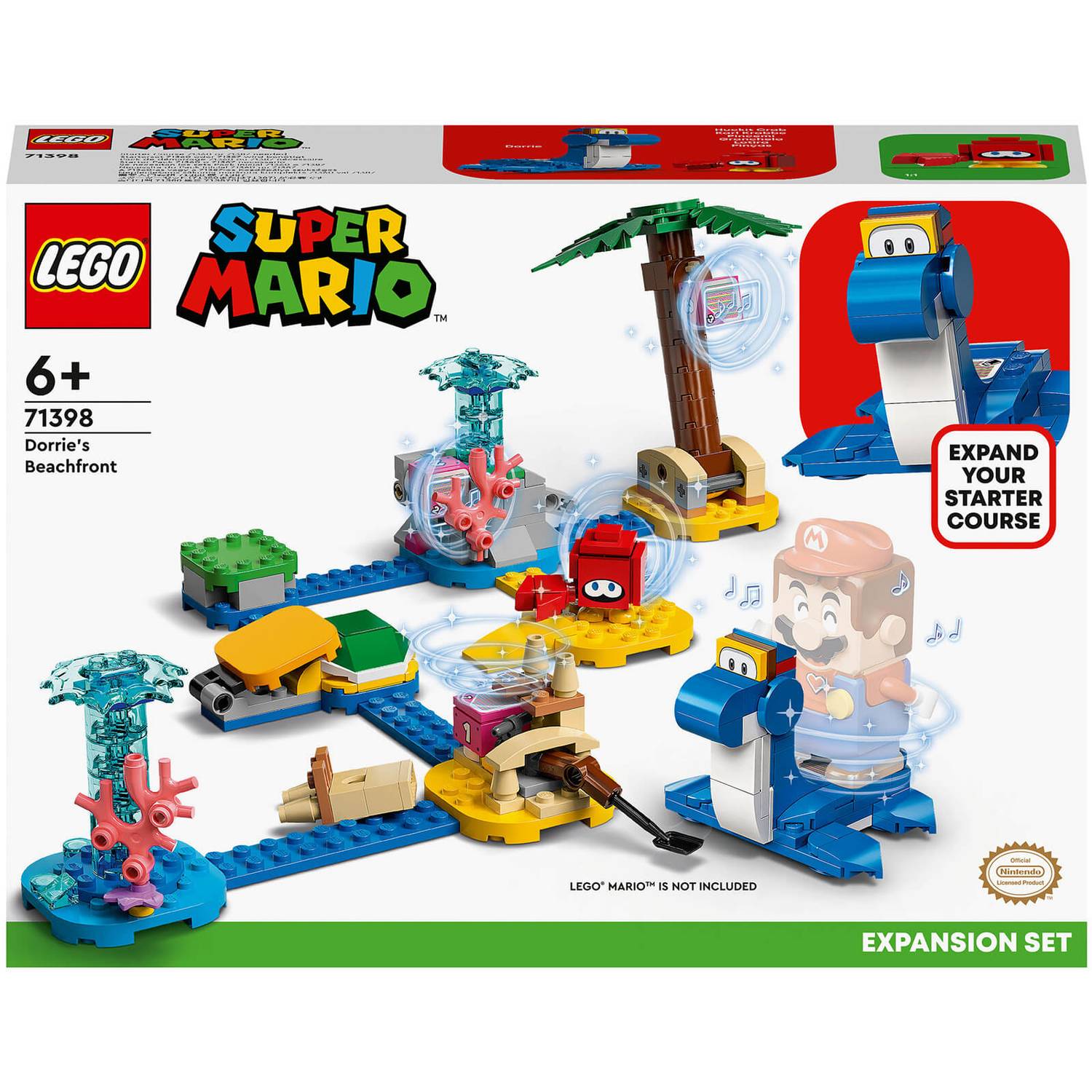 Add a colourful beach level to the LEGO Super Mario universe with Dorrie’s Beachfront Expansion Set (71398), a toy for kids aged 6 and up. It features a Dorrie LEGO figure, which LEGO Mario or LEGO Luigi figures (not included) can ride on.

There is a launcher to flick a green shell at the Huckit Crab figure, plus a buildable sandcastle, water fountain and a tree, each with cool functions that the player must activate to access the 1, 2, 3 Blocks. (Note: the 71360 or 71387 Starter Course is required for interactive play.)

This collectible toy playset makes a super gift for trendsetting kids and is ideal for solo play or social competitions. Check out the LEGO Super Mario app for building instructions, creative inspiration and more fun stuff.