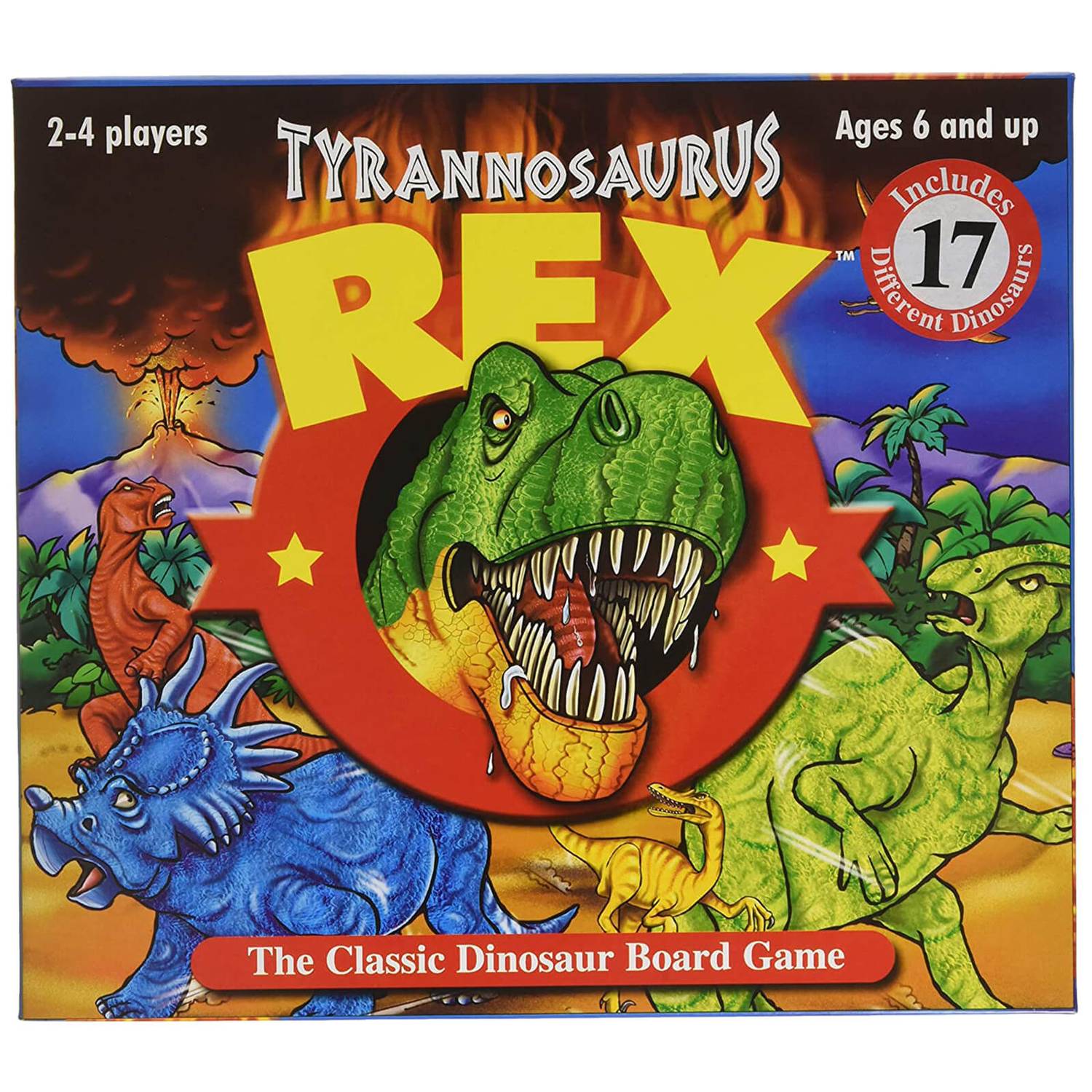 A classic race and chase Dinosaur board game with some rather devious strategy. This game contains 17 individual dinosaur playing pieces. Each player has 4 dinosaurs and your aim is to race your pieces around the board from the desert to home. But beware...Tyrannosaurus Rex is lurking and waiting for a juicy meal! The classic Dinosaur Board Game where a bit of strategy and some luck are needed to avoid being munched! On each players turn they throw 3 dice - two white and one black. He/she moves the T-Rex forwards or backwards in an attempt to catch other players dinosaurs.

If the player is caught, they have to go to the T-Rex's den. Once there, only a 6 can free them. The white dice can be added and one dinosaur moved, or can be used separately to move 2 dinosaurs. There are shorter and longer stretches of track, and the safer router for each player would be the swamp which the T-Rex can't enter. The winner is the first to get his 4 dinosaurs home. The game is ideal for any fan of dinosaurs and is great fun for children. This game is for 2 - 4 players and suitable for ages 6 years and up.