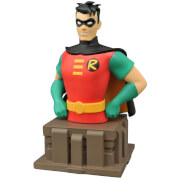 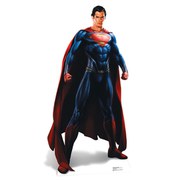 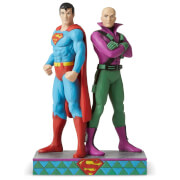 Criminals of Metropolis beware! While she may not truly be Superman's cousin, Kara In-Ze hails from same region of space, making her strong, fast and tough under Earth's yellow sun. So think twice before committing a crime within the city limits! This approximately 15 cm resin bust depicts Supergirl as she appeared on Superman: The Animated Series, striking a confident pose atop an architectural base. The bust comes with a certificate of authenticity in a full-color box. Sculpted by Steve Varner Studios!