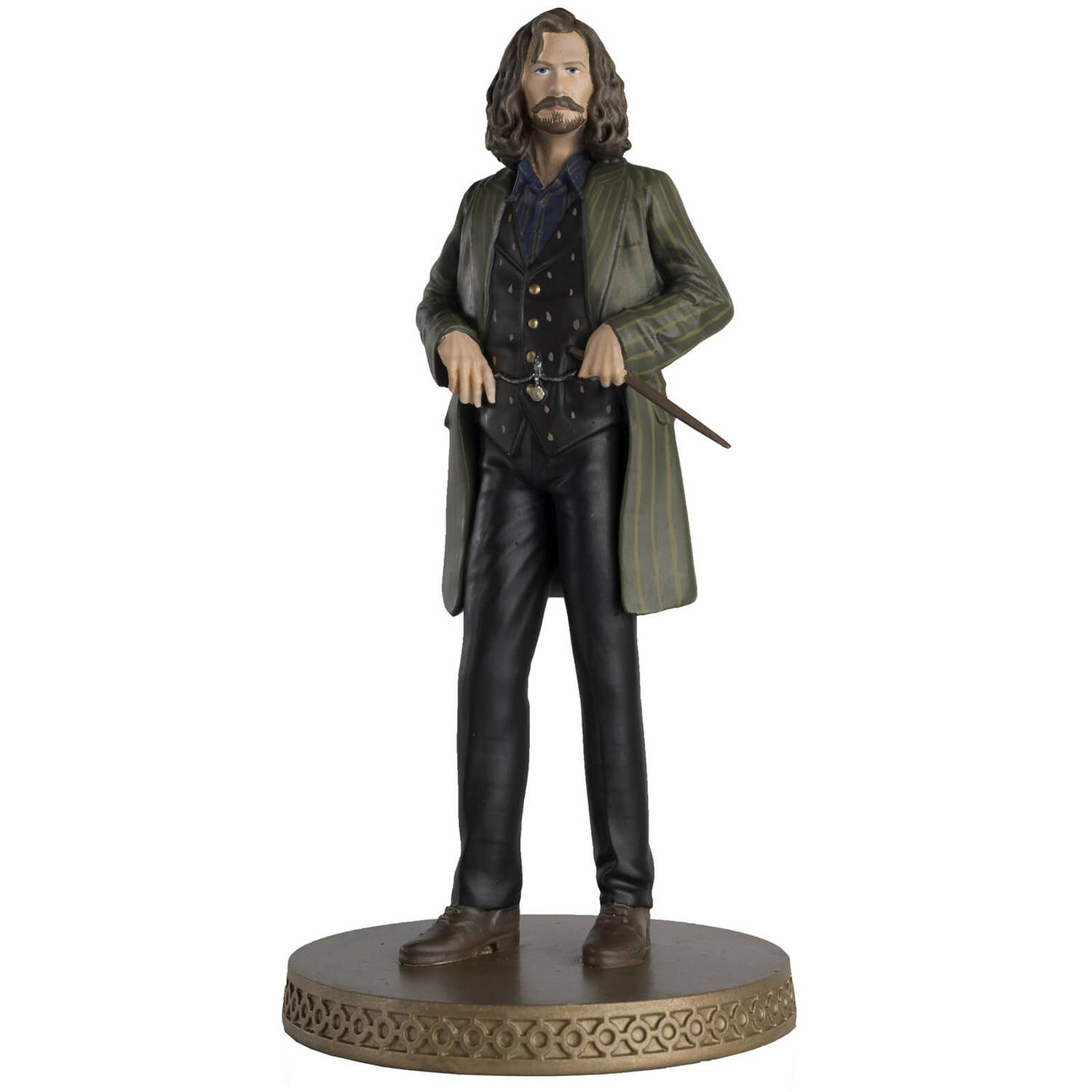 Our 1:16 scale figurine of Harry's Godfather, Sirius Black! Sirius had so much in common with Harry's biological father, James Potter as they were close friends at Hogwarts after being teamed up in the Gryffindor House.

Sirius has spent 12 years in Azkaban prison – but it was for a crime he did not commit. This awesome Sirius Black Figurine played by actor Gary Oldman is inspired by the remarkable film, Harry Potter and the Order of the Phoenix. This figurine shows Sirius smartly dressed wearing a three-piece suit with gold detailing, his hands tucked in holding his wand.

This figurine is accompanied by a full-colour collector's guide showcasing key moments of Sirius Black and a snapshot of exclusive scenes from Harry Potter and the Order of the Phoenix.