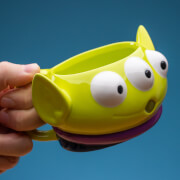 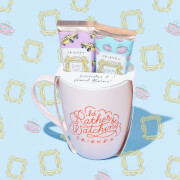 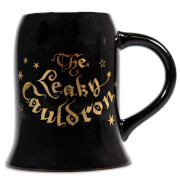 Enjoy a spoonful of sugar in your next cup of tea with this cute, stylish Mary Poppins Mug. This pretty mug is great for your next mid-film tea break and allows you to bring a little touch of magic to your home. On one side this sweet mug features Mary Poppins herself surrounded by flowers and leaves with a bird perched on her fingers. On the other is the famous phrase ‘a spoonful of sugar’. And, printed on the inside of the mug is a dainty, Mary Poppins inspired teaspoon. This standard sized porcelain mug is great for use at home, work, or at school and makes a perfect gift for lovers of the magical 1963 Disney movie.

Mary Poppins is a much-loved musical that first aired in 1964 and was produced by Walt Disney. Staring Julie Andrews in the lead role, the movie was such a huge success that it’s now transcended cinema and has become a true cultural icon. With songs from the movie known world-wide Mary Poppins has touched the souls of many people across the globe. The love for Mary Poppins is set to be higher than it’s been in years with 2018 seeing the release of the sequel Mary Poppins Returns starring Emily Blunt as the magical nanny.