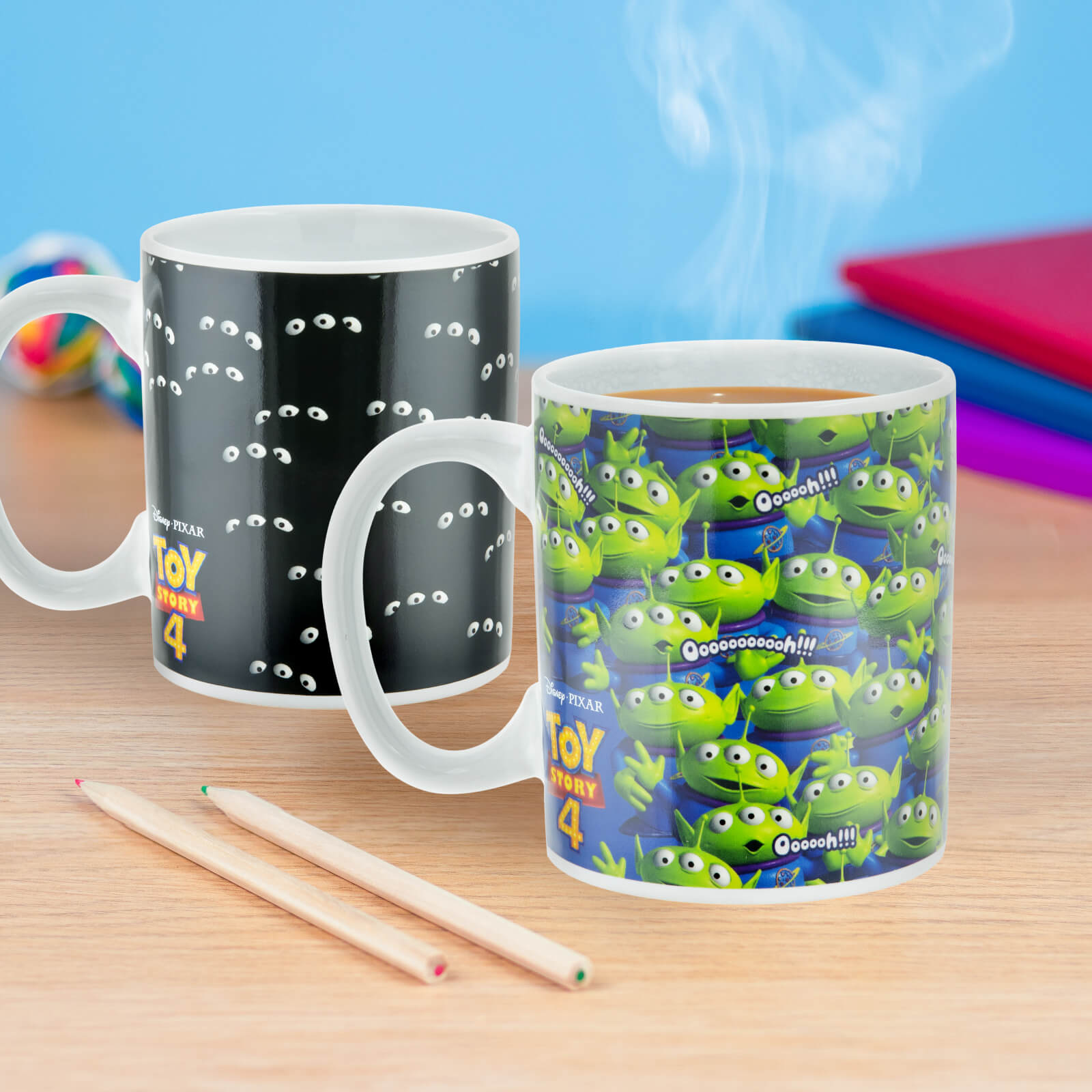 Enjoy a tasty hot beverage accompanied by a lot of extra terrestrial pals, with this Toy Story Alien Heat Change Mug. Just be aware, you’ll never be able to shake them off!

A wonderful piece of Toy Story memorabilia, when cold this mug features lots of eyes staring at you out of the dark. However, once you pour in your hot drink, all of the adorable aliens appear. This fun, standard sized mug is an ideal gift for Toy Story fans and works nicely as both a stocking filler or office Secret Santa present.

First released in 1995 by Disney Pixar, Toy Story broke new ground in cinema animation, and made lead characters Woody and Buzz household names. With two sequels proving to be equally popular in 1999 and 2010 respectively, the much anticipated 2019 release of Toy Story 4 highlights the ever growing fanbase for the much-loved franchise even 24 years after the original. Toy Story has won many plaudits and awards, and will go down in history as one of the most loved animated films of all time.