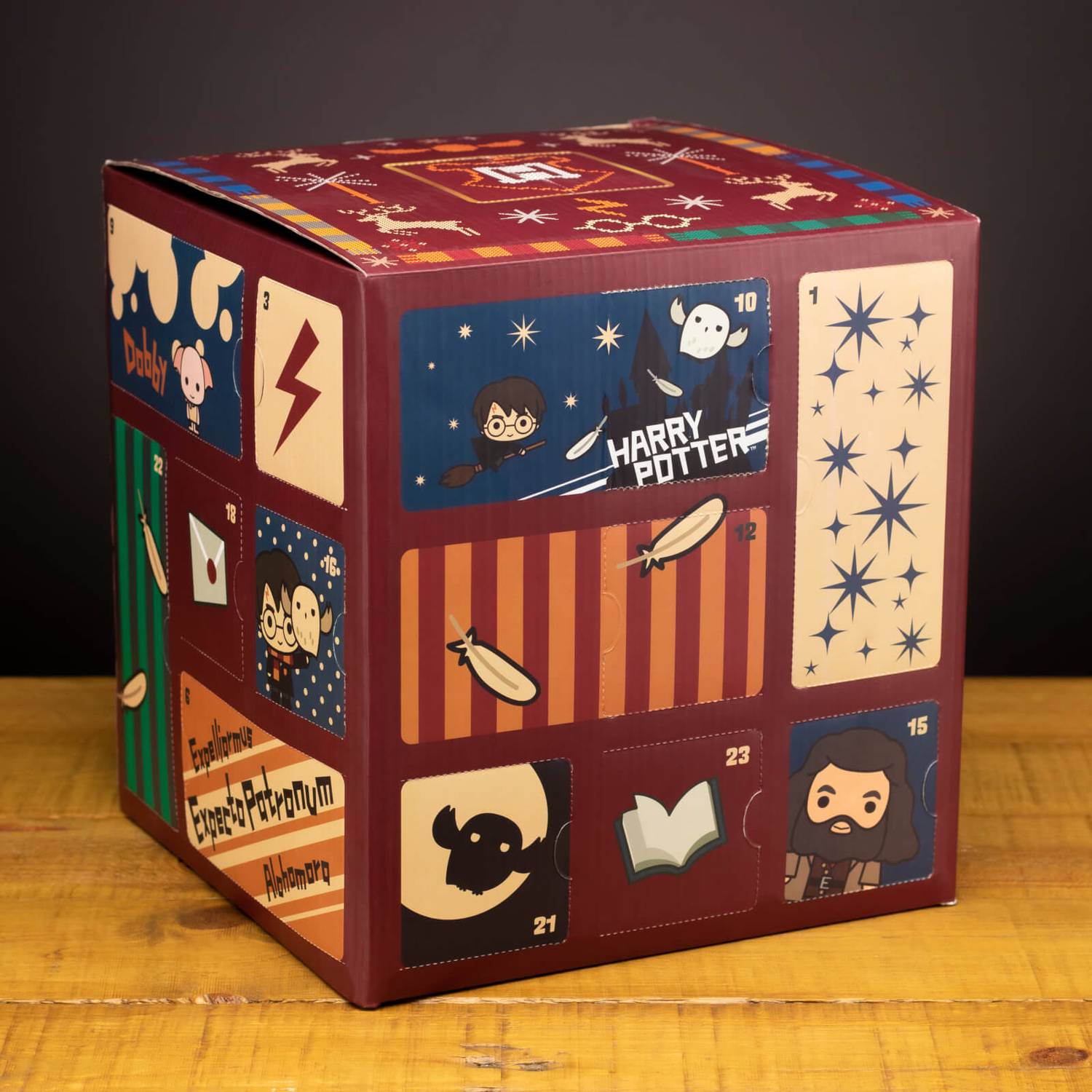 Give your build up to Christmas day a magical twist with this super-fun Harry Potter Cube Advent Calendar.

Far better than the average advent calendar, open 24 doors throughout December, and behind each one you'll discover a different Harry Potter gift.

These gifts feature some of the Harry Potter world's most popular characters including Hermione, Ron, Hagrid, Dumbledore and, of course, Harry himself.

The Harry Potter Cube Advent Calendar is ideal for any kids who loved the Harry Potter books and movies, so make sure you give your loved ones a magical build up to Christmas.

First published in 1997, J.K. Rowling's bestselling series of novels following the magical adventures of Harry Potter, Ron Weasley and Hermione Granger has since become a cultural phenomenon. A huge success in novel form, the world of witchcraft and wizardry was then given big screen treatment in 2001, launching one of the most successful blockbuster film franchises in cinema history. Harry Potter is instantly recognisable to millions of people across the world, and is hugely popular among fans of all ages.