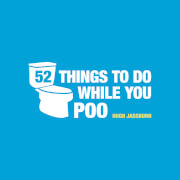 52 Things to do While You Poo Hardback Book 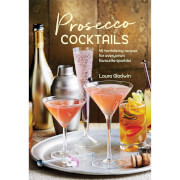 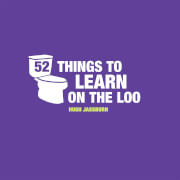 52 Things To Learn On The Loo (Hardback)

It's an indisputable fact that bacon is the world's greatest food. It goes with everything – from savoury to sweet – and it's just as comfortable being the star of the show as it is playing a supporting role. You can slather it in maple syrup; you can fry it till it's crisp; you can use it to wrap other meats; hell, you can even weave a delicious bacony sheet with it, and bacon confidently takes it all in its stride. All hail bacon.

The Scratch + Sniff Bacon Cookbook promises to sway even the most hardened vegetarians with its 40 bacon-centric recipes (not to mention its nifty scratch and sniff feature on the front cover) – from piggy snacks, including caramel bacon popcorn, candied bacon strips and bacon-wrapped sweet potato wedges, to heartier main dishes like baconladen mac and cheese and the ultimate pasta carbonara. Did we mention dessert too? You’ll also find bacon and pecan ice-cream, choc-bacon cookies and everything bacon imaginable. It’s time to pig out because everything is better with bacon!

Author Jack Campbell is an adventurous cook and food writer based in Melbourne, Australia. His first book, The Little Bacon Cookbook, managed to insert bacon into every conceivable dish. This new book adds to it even further – by making the book itself smell like bacon!